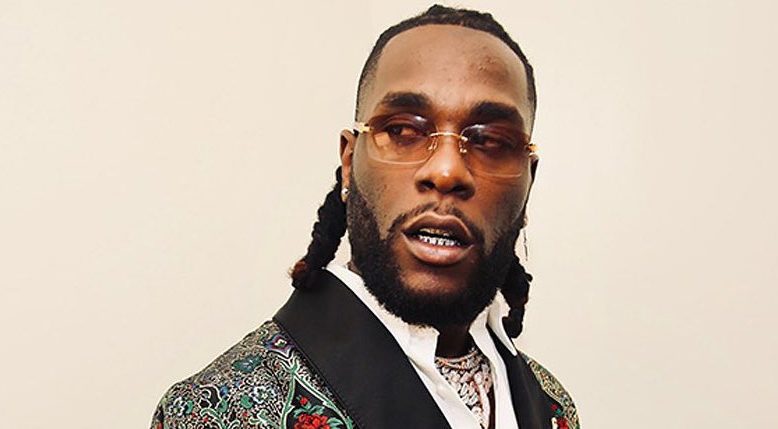 One of Nigeria’s richest and most talented artists, here is all you need to know about Burna Boy net worth, biography, cars, and lifestyle.

Since he rose to limelight in 2012, the Afro singer has managed to become a top-class performer, winning lots of fans in Nigeria, several parts of Africa, the US, England. He has now gained global recognition, having done international collaborations with famous artists, like Future and Major Lazor.

He has produced four studio albums, two mixtapes, two EPs, and worked on several collaborations with artists in Nigeria and abroad. Burna Boy has won many awards and has been nominated for several others as well. Recently, he was nominated for the Best World Music Album category in the upcoming 2020 Grammy Awards.

Burna Boy is one of the richest musicians in Nigeria. He was signed by Aristokrat Record Label in 2013 following the release of his studio debut album, L.I.F.E, which sold 40,000 units on the 1st day of release.

As of September 2019, Burna Boy net worth is estimated to be around $3.5 million, according to Forbes.

He is able to achieve this due to the revenues from record sales, shows, endorsement deals. In 2016, the artist penned an endorsement deal with Martel Cognac to become the brand ambassador of the product. On October 7, 2018, the singer performed a sold-out event at London’s O2 Academy Brixton. A day before this show, Burna Boy appeared in a pop-up event held at Red by Little Farm and sold some boxes of his Space Puffs cereal, in addition to custom notepads, such as graphic tee-shirts and lighters.

On October 9, 2018, he was announced to be among Spotify’s New Afro Hub Takeover Artistes. Around the same period, Burna Boy was recognized as YouTube’s Artist on the Rise for three months.

In June 2019, he inked an endorsement deal with Star Larger Beer, and this contract coincided with the appearance of Nigeria’s Super Eagles at the African Cup of Nations 2019, held in Egypt, and made him appear on TV wearing the green-white-green Nigerian jersey.

Born July 2, 1991, Damini Ebunoluwa Ogulu, who is professionally referred to as Burna Boy, is a Nigerian entertainer, singer, and songwriter. From 10 years of age, he started making music when one of his friends shared a piece of software with him, which he worked with on an old computer.

When he completed his secondary school education, Burna Boy relocated to London to further his studies. While in a university, he was arrested on an allegation of being a member of a gang that’d stabbed a person to death. The event occurred in 2010, and he couldn’t complete his education there.

This made him return to Nigeria after just two years in the UK. Damini, then 19, worked in an old studio in Nigeria with LeriQ. His return to this country — coupled with his struggles to become successful in the Nigerian music industry — represented a huge challenge to him.

Burna Boy had always nursed a burning desire to make his own unique sound. While growing up in the UK, he preferred artists such as DMX and a number of other foreign songs. However, on returning to Nigeria, he was able to appreciate musicians like Fela.

This sparked his interest in Afro sound & reggae and spurred him to create his own unique content.

Burna worked tirelessly to make his own music. By collaborating with LeriQ, the artist was able to make his first hit that enjoyed decent acceptance in Nigeria. While his first single was more or less under pop music, the song was still accepted.

Damini Ebunoluwa released Like to Party, and after that, he dropped the video of this song, shot by Squareball Media Services. The song helped the artist become a household name in the Nigerian music industry, as it was played a lot in clubs, bars, and DJ Mixtape.

After the release of Like to Party, which massively successful, Burna dropped another single, titled Tonight and released September 24, 2012. He then followed this with the song video released in December.

The video focuses on the musician’s innate feelings. On the heels of that single Burna Boy came My Journey’s release that looks at Burna Boy’s life struggles, talking about how he rose from a dreamer to an accomplished singer.

For Burna Boy, 2013 was a fantastic year as that was when he released L.I.F.E, his first studio album, meaning Living an Impact For Eternity. The album featured many musicians, including Wizkid, 2face, Timaya, and M.I.

The afro singer used this album to make a name for himself in the Nigerian music industry. He left Aristokrat Record Label in 2014 and subsequently floated his own label called Spaceship Entertainment.

Burna Boy’s Spaceship Entertainment was established in 2015, and he dropped a sophomore album in that year, titled On a Spaceship. In 2016, the 28-year-old musician released a seven-track EP titled REDEMPTION. In this EP, there was Pree Me — a lead single of the EP.

In 2017, he partnered with producer Jul’s to release Rock Your Body, which was a new song he approached more diversely than his typical type of music.

Throughout that year, Burna put in a lot of hard work, dropping many singles such as Streets of Africa, Sekkle Down ft J Hus, Koni Baje, GBA, in addition to another single, Heaven’s Gate featuring Lily Allen.

In 2018, Burna Boy became a force to reckon with in the Nigerian music industry and even beyond, as he was widely accepted in this country and beyond the shores of Nigeria. He released a number of tracks that were a hit, which made him win lots of awards in the industry.

In January 2018, Burna was featured on the track titled, Sunshine Riptide, on Fall Out Boy’s Album, nominated for the 2018 Grammy Awards. The musician dropped Outside,his 3rd studio album for 2018, and this finally propelled him to stardom. This album was debuted at number three on Billboards Reggae Album charts, with Ye, one of the songs in the album, accredited as Nigeria’s biggest song for 2018.

On January 3, 2019, the artist — in addition to Mr. Eazi — has been regarded to be among the artists lined to perform on the 2019 Coachella Valley Music & Arts Festival. Burna Boy won four awards at the Soundcity MVP Awards ceremony, including African Artiste of the Year, Song of the Year. Though he couldn’t attend the event, his mum went there on his behalf.

That award night had lots of surprises when Burna Boy was declared as the winner of the four awards, a feat that made him the biggest artiste that night

On March 21, 2019, he released a four-track collaborative EP which was done in collaboration with LA-based electronic duo DJDS, entitled Steel & Copper. On June 24, 2019, the artist was named as the winner of the Best International Act at the 2019 BET Awards.

Furthermore, in July 2019, he was declared as Apple Music’s Up Next artist, and Burna’s inclusion into this program took place with a Beats 1 interview with Julie Adenuga as well as a short documentary.

Burna Boy recorded Ja Ara E (which is a Yoruba expression for use your head) for Beyoncé’s The Lion King: The Gift. He was the only guest artist that had their own track on the soundtrack album.

African Giant, his fourth studio album, became released on July 26, 2019. This was supported by six singles, which are On the Low, Gbona, Anybody, Killin Dem, Pull Up, and Dangote. Burna Boy started recording this album in 2018.

“This album is my most personal as of yet [Sic],” he told Billboard magazine. The 28-year-old Afro signer first made known his plans to release this album in April 2019. He did a private listening session in LA.

Photos & videos from that listening session were posted on social media. Initially, African Giant was announced as a 16-track album. While promoting this album, he headlined the African Giant Returns tour, which was the 2nd leg of his African Giant tour.

He recorded My Money, My Baby, which was a track that appeared on Queen & Slim‘s soundtrack album. The song, which was described as an “Afrobeat-tinged track”, has a sample of Shakara,Fela Kuti’s song of 1972.

Recently, he was nominated in the Best World Music Album category of the upcoming 2020 Grammy Awards.

According to online sources, Burna Boy has six different cars, including a Mercedes Benz G-Class that is valued more than ₦25M; a Range Rover SUV that is worth around ₦18M, a Lexus Saloon 2015 model, and others.

In February 2019, Stefflon Don gave life to the rumour that she is in a relationship with Burna Boy. On her Instagram handle, the diva announced to her followers: “Relax guys, he ain’t hit it yet, but that’s bae”.

The two love birds also shared a video together on the social network, where Stefflon was seen sleeping on Burna’s chest.

Burna Boy is no doubt among the hottest musicians in Nigeria in 2019, and that brings to an end this write-up on Burna Boy net worth, biography, cars, and lifestyle.