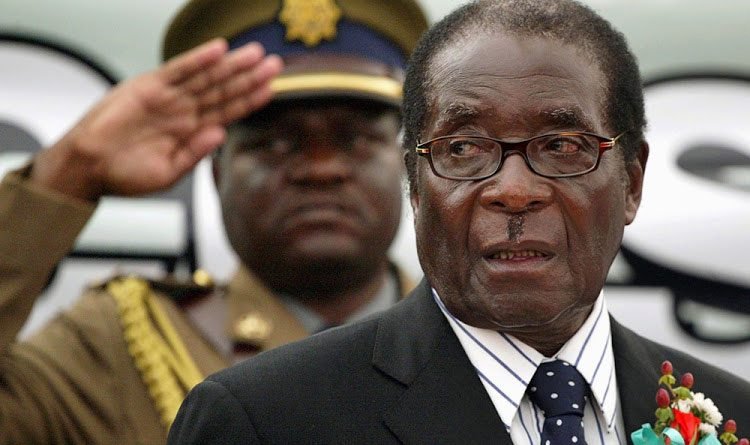 “It is with the utmost sadness that I announce the passing on of Zimbabwe’s founding father and former President, Cde Robert Mugabe,” Mnangagwa said.

The nonagenarian died at Singapore’s Gleneagles Hospital, where he was reportedly receiving treatment for a cataract.

No detail has been released to the media as regards the cause of death.

Mugabe’s 37-year reign in Zimbabwe came to an end when he was forced in November 2017 to step down by the military in the wake of nationwide mass protests.

Over the years — he had built up a remarkable amount of controversy, mostly with the use of colourful and typically hateful language.

In this write-up, we take a look back into his life and the top 20 Robert Mugabe quotes; the former president, who was — until his death — the world’s oldest head of state.

1924 — Robert Mugabe is born on February 21 in Kutama, Southern Rhodesia, which was then a British colony.

1940s –1950s — He enrols at Catholic schools and gains admission into the University of Fort Hare in South Africa to acquire a Bachelor of Arts degree. He then teaches in Zambia & Ghana, during which he draws inspiration from African independence movement leaders.

1960s — Young Mugabe campaigns for the independence of Zimbabwe and is incarcerated for political agitation in 1964. While serving the jail term, he acquires two law degrees from the University of London External Program.

1974 — He gets released from prison and escapes to neighbouring Mozambique, where Zimbabwe African National Union guerrilla fighters support him to serve as the leader of their agitation against white minority rule. According to rights groups, a bunch of rivals die under suspicious scenarios.

1980 — This year, Mugabe’s ZANU-PF party claims the victory at the first election in independent Zimbabwe. On April 18, he begins his dispensation as prime minister.

1982 — Robert Mugabe deploys troops, trained in North Korean, for crushing an insurgency by former guerrillas, who are supporters of Joshua Nkomo, his liberation war rival. Though Mugabe denies it, government forces receive backlash for their involvement in the killing of twenty-thousand (20,000) civilians.

1987 — On December 30, he becomes president after Zimbabwe’s parliament amended the constitution and declared him to be executive President. This new position merged the roles of head of state, head of government as well as commander-in-chief of the armed forces. He then signs a unity pact with Nkomo that emerges as one of his two deputies.

1990 — Mugabe and his party, ZANU-PF, claim victory in the parliamentary and presidential elections.

1998 — An economic crisis occurs, which is characterized by high-interest rates as well as inflation sparks riots.

2000 — Zimbabweans register their disapproval of a new constitution in a referendum, marking the first major defeat of Mugabe and his party in the two decades at the ballot box.

Thousands of independence war veterans, along with their allies, with support of the government, seize farms owned by whites, stating that the land was not appropriated legally by white settlers.

2001 — The US places a financial freeze on the government of Mugabe, responding to land seizures, which begins a wave of Western sanctions. His relationship with the West, the United States and Britain mainly, never improves.

2002 — Mugabe emerges the winner of a disputed presidential vote, which election observers criticized as flawed.

The British Commonwealth suspended Zimbabwe due to accusations of human rights abuses as well as economic mismanagement. The following year, Robert Mugabe pulls the country from the body.

2008 — Hyper-inflation climbs to 500 billion per cent, which is the lowest of an economic implosion, forcing millions of people to leave Zimbabwe, with neighbouring South Africa eyed as the destination of many of them.

Though Mugabe suffered defeat in a presidential vote, he wins the run-off following the withdrawal of Morgan Tsvangirai, his opponent, who cites violence against his supporters by war veterans and security forces. An arrangement for power-sharing gets signed.

2010 — According to reports in the media, Mugabe develops cancer, and that speculation continues in the years to follow.

2013 — Robert Mugabe is victorious in another disputed presidential vote, which Western observers decry as being marred with multiple accounts of electoral fraud.

2016 — Protesters, which were led by a pastor, put up the biggest show of defiance against the leadership of Robert Mugabe in 10 years, and this prompts speculation that the sit-tight leader is losing his grip on power.

2017 — On November 19, he’s forced to resign on the heels of an army coup. Mugabe becomes replaced by Emmerson Mnangagwa, whom he had fired two weeks earlier as his deputy.

2018 — For the 1st time since leaving power, Mugabe makes an appearance in public, casting aspersion on his former ZANU-PF allies, and throwing his weight behind Nelson Chamisa, the opposition leader, on the election’s eve.

2019 — Robert Mugabe goes on a trip many times to Singapore seeking medical treatment.

The former President can be very controversial when he wants. Let’s take a look at the best Robert Mugabe quotes below:

“We are still exchanging blows with the British government. They are using gay gangsters. Each time I pass through London, the gangster regime of Blair ‘expresses its dismay’.” — About an incident in October 1999, where Peter Tatchell, a human rights campaigner, attempted a citizens’ arrest on Robert Mugabe during a visit to London, UK.

“Africa must revert to what it was before the imperialists divided it. These are artificial divisions which we, in our pan-African concept, will seek to remove.” — In a Speech delivered at Salisbury (1962)

“Our party must continue to strike fear in the heart of the white man, our real enemy.” — Zanu-PF rally (2002)

“Only God, who appointed me, will remove me – not the MDC, not the British. Only God will remove me!” — During an election rally (2008). MDC is an opposition political party.

“Stay with us, please remain in this country and constitute a nation based on national unity.” — In a plea to Zimbabwe’s white population at a Zanu-PF rally (1980)

Related: Top 20 Pete Edochie Proverbs to Crack You Up

“Our economy is a hundred times better, than the average African economy. Outside South Africa, what country is [as good as] Zimbabwe? … What is lacking now are goods on the shelves – that is all.” — Interview (2007)

“We equally reject attempts to prescribe ‘new rights’ that are contrary to our values, norms, traditions, and beliefs. We are not gays!” — UNGA (2015)

“We ask, was he born out of homosexuality? We need continuity in our race, and that comes from the woman, and no to homosexuality. John and John, no; Maria and Maria, no. They are worse than dogs and pigs. I keep pigs and the male pig knows the female one.” — In a ZDC radio interview (2015)

“I am still the Hitler of the time. This Hitler has only one objective: justice for his people, sovereignty for his people, recognition of the independence of his people and their rights over their resources. If that is Hitler, then let me be Hitler tenfold. Ten times, that is what we stand for.” — During a State funeral of a Cabinet minister (2003)

“I have died many times – that’s where I have beaten Christ. Christ died once and resurrected once.” — In a state radio broadcast on his 88th birthday

“Cricket civilises people and creates good gentlemen. I want everyone to play cricket in Zimbabwe; I want ours to be a nation of gentlemen.”

“I’ve just concluded – since President Obama endorses same-sex marriage, advocates homosexual people, and enjoys an attractive countenance – thus if it becomes necessary, I shall travel to Washington, DC, get down on my knee, and ask his hand.” — In a ZDC radio interview (2015)

“Let Mr. Bush read history correctly. Let him realise that both personally and in his representative capacity as the current president of the United States, he stands for this ‘civilisation’, which occupied, which colonised, which incarcerated, which killed. He has much to atone for and very little to lecture us on the Universal Declaration of Human Rights. His hands drip with innocent blood of many nationalities.” — UNGA (2007)

“May I say to the United States President, Mr Trump, please blow your trumpet. Blow your trumpet in a musical way towards the values of unity, peace, cooperation, togetherness, dialogue, which we have always stood for.” — UNGA (2017)

“Some of us were embarrassed, if not frightened, by what appeared to be the return of the biblical giant gold Goliath. Are we having a return of Goliath to our midst, who threatens the extinction of other countries?” — UNGA (2017)

On Grooming a Successor

“Grooming a successor, is it an inheritance? In a democratic party, you don’t want leaders appointed that way. They have to be appointed properly by the people.” — In a TV interview (2016)

“Whenever things seem to start going well in your life, the Devil comes along and gives you a ‘girlfriend’.”

We draw the curtain on this post at this juncture. We hope these best Robert Mugabe quotes inspires you one way or the other. 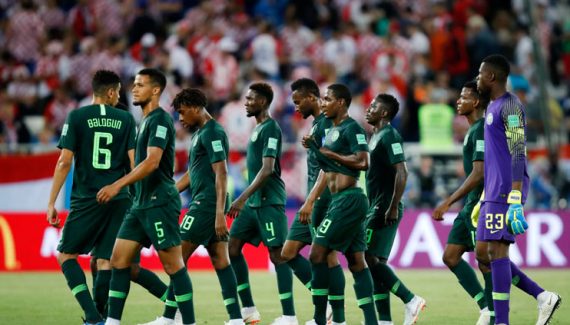 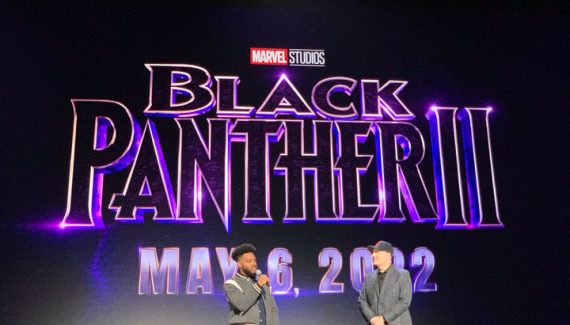