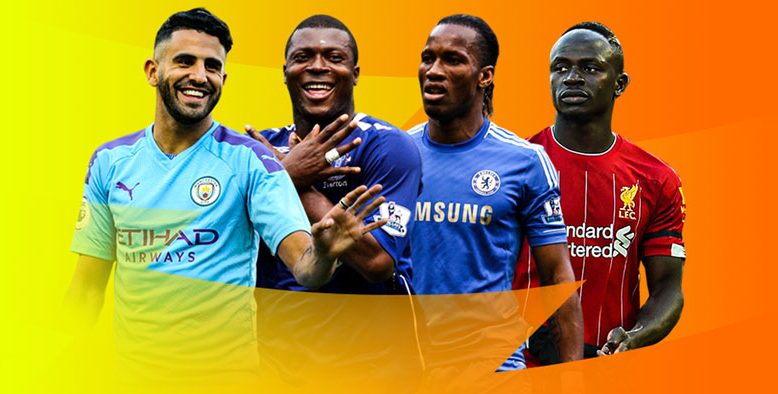 Liverpool is the current European Champions with Senegal’s Saido Mane and Egypt’s Mohamed Salah being their best players. Didier Drogba remains a Chelsea legend while Jay-Jay Okocha dazzled many with his skills in his playing days for Bolton. In this post, we will take you through the list of the African players feared most by Premier League goalkeepers.

These players made represented their countries well and won trophies and accolades in the Premier League.

Shola Ameobi is a Newcastle Legend having spent 13 top-flight seasons with the club and made a total of 298 Premier League appearances. He didn’t score much in one season with his best tally coming at the 2005/2006 season with 9 goals. In total, Shola banged in 43 goals in the top-flight and represented the Super Eagles of Nigeria on 10 occasions.

Federic Kanoute remains one of the most prolific African players ever. Kanoute represented West Ham United and Spurs making a total of 144 Premier League appearances and scoring 44 goals. His best season came in 2000/2001 and 2001/2002 netting 11 goals each.

Demba Ba represented West Ham, Newcastle and Chelse. His best tally came in the two seasons he spent with Newcastle netting 16 and 13 goals respectively, this impressive scoring form earned him a move to Chelse where he only netted 7 times in two seasons with the blues.

Ekoku was born in Manchester, England but chose to play for the Super Eagles of Nigeria. His Premier League career spanned across Norwich and Wimbledon with a total appearance of 160. His best tally came in the 1993/1994 season with a total of 12 goals for Norwich City.

When Mahrez retires from football, he will be remembered as a true African great. Alegrian, Mahrez joined Leicester City in the Championship for only £400,000 in what will be remembered as one of the best bargains in English football. The next season Leicester got promoted to the Premier League, Riyad got four goals and notched up three assists in 30 EPL appearances.

The next season Leicester shocked the football world and became Premier League Champions under Claudio Ranieri. Mahrez contributed 17 goals and was named in the PFA Team of the Year, he also won the PFA Player of the Year award making him the first African player to do so.  Manchester City came calling in the 2018/2019 season and Mahrez moved for a massive £60M. Still only 29, Mahrez will move up the scoring chat in this list.

Another Nigerian on the list. It is not surprising Nigeria makes up the highest-scoring African players in Premier League history charts as it is a football-mad country. Two-time African footballer of the year winner, Kanu moved to Arsenal from Inter Milan, he came in as a sub most times for Arsenal but always produced magic with his playmaking abilities. One of Kanu’s most iconic Premier League moments was scoring a hattrick for Arsenal at the Stamford Bridge after being 2-0 down, Arsenal ran out winners. He later represented West Brom and Portsmouth raking up a total of 273 Premier League appearances and 54 goals.

He will fondly be remembered for fighting with the club because of his birthday cake.

Salah joined Liverpool from Roma, having been sent on loan from Chelsea couple of times. Salah has matured to be one of the best players in the world raking up 70 goals in 110 appearances only. Still only 27, Salah is a Champions League winner with Liverpool and became the second African to win the PFA Player of the Year award after Mahrez. With time on his side, it will be no surprise to see Salah becoming number one on this list.

Another Senegalese playing for Liverpool, many will argue Mane is Liverpool’s most important player. Sadio enjoyed his most prolific season in 2018/2019 season netting 22 goals. He has won the Champions League and has been named African Player of the Year. Still only 27, Saido will move up in this list of highest scoring African players in Premier League history.

“Feed the Yak and he would score”, this was a popular chant among fans in the Premier League. Yakubu remains of most prolific players ever in Premier League history with 95 goals. Watch this Harry Redknapp interview on betting with Yakubu to score a certain number of goals.

Yakubu made a total of 252 appearances representing Portsmouth, Boro, Everton and Blackburn Rovers. One of the African greats but Nigerians will remember him fondly for the open goal World Cup miss against Korea.

Adebayor was born to Nigerian parents but played internationally for Togo. His Premier League career spanned spells with Arsenal where he played his best football, Spurs, Manchester City and Crystal Palace. Adebayor was a controversial figure in England running half the pitch to celebrate scoring against former employers Arsenal for Manchester City. In total, the lanky Togolese made 242 EPL appearances netting 97 Goals.

Number one on the list of the highest-scoring African players in Premier League history is none other than the battering Ivorian, Didier Drogba. A Chelsea legend and Premier League great, Didier netted 104 goals in 254 appearances. Four times. Premier League Champions with Chelsea and two-times Golden Boot winner, the Ivorian is one of the all-time greats.

Drogba terrorized Arsenal for years and was the ultimate big-game player. His last kick won Chelsea the only Champions League title the club has won so far. 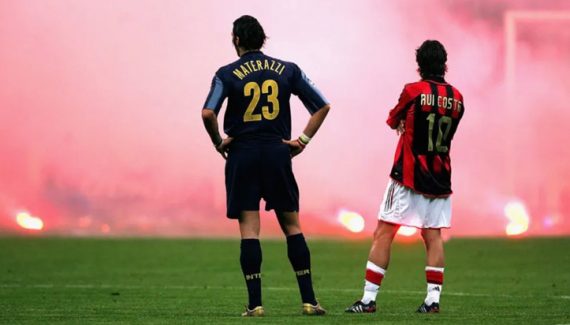 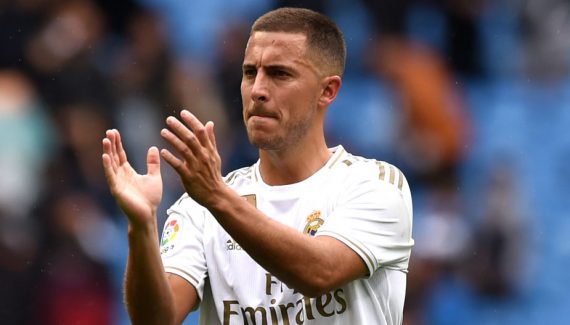