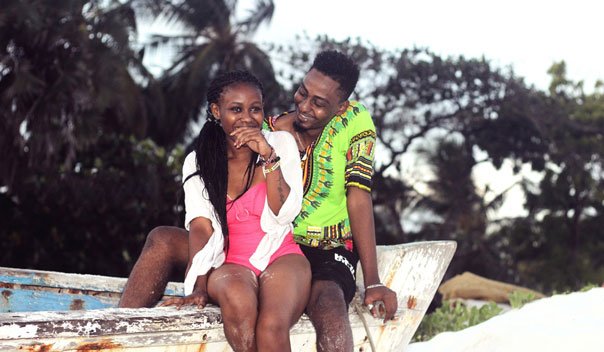 Are you looking for signs a Nigerian man wants to marry you? Sit back, grab a seat and read this article.

Nigerian men are amongst the sexiest men in the world, wonderfully created by the Creator and blessed in all departments. The average Nigerian man is well built, chiselled body like that of Kratos, blessed with the biggest Phallus in the world and always ready to put in the work when called to the other room.

As you might have known by now, the population ratio of women to men in the world is higher hence the battle for women to secure a man to marry is an uphill task especially in the Nigerian economy that is not favourable. Even though many men are willing to marry, most do not have the financial capability to see through this monumental task. On the other hand, Nigerian men are randy and most prefer sleeping with so many women instead of settling down with one. As a woman or lady, what are the signs a Nigerian man wants to marry you? This is a tough question, to be honest, but there are always strong indications.

Signs a Nigerian Man Wants to Marry You

I believe the ultimate goal of every relationship, well if not all is to get married to one another at a point in time. Outlined below are the biggest signs a Nigerian man wants to marry you.

Love comes with respect, a man that truly loves you will respect you. This a big sign if any man is going to get married to you.

He is Concerned About Your Growth and Development

There are men that just want sex every time in a relationship, they never demand from you anything else, they don’t care about your goals or aspirations as long as you satisfy them in the other room, it’s hard to see this type of relationship heading anywhere except the man is just a low-life person.

One of the key signs a Nigerian man wants to marry is he getting worried about your growth and development.

Introduces You to His Family

There is a saying – Family is all. Family has gone beyond those that are birthed by the same bloodline, someone who has been there for you all your life is equally a family.

A man introducing you to his family means he likes so much and his probably thinking long term for the both of you. This doesn’t guarantee 100% certainty of getting married to him but it’s a very big sign.

He Plans His Life with You

This is a no brainer, if any guy is getting married to a lady, he will have to plan his life with the lady included in it. Talks like how his job affects both of you, if he moves apartment, he wants to travel, talk of moving elsewhere and many more sensitive plans are obvious signs a Nigerian man wants to marry you.

So, ladies, if your intending husband to be in your mind does not share his goals and plans with you, just know he is using you to pass away the time temporarily.

He Misses You and Is Concerned about Your Well Being

A marriage without love will eventually hit the rocks. If a man is truly in love with you as a lady, he will be willing to marry you. When he truly loves you, he misses you and is concerned about your wellbeing wherever you are.

My sister, if a Nigerian man is going to get married to you, you will know from this explanation.

He’s Always There for You

If anything happens to you, he is not himself. Whenever you need him, he makes the effort to be there and he at least follows up with you if he couldn’t be there.

One of the biggest signs a Nigerian man that wants to marry you is he putting you first and making sure you navigate problems together.

He Talks About Marriage-Related Issues

There are lots of players and time-wasting Nigerian men, men like this do not care about any marriage talk, they always shun you when you bring this matter up. If a man sees his future with you, he talks about marriage issues and sometimes he lets slip by saying he is actually going to get married to you.

He Has No Problem Meeting Your Family

As a lady, you love a guy so much and you want him to meet your family, if your man is always dodging this request, he sees no point in doing it coz he doesn’t see a future with you. He’s only with you for his selfish gains and sexual pleasure.

No matter how busy your man is, if he loves you and is willing to marry you, he will create the time to know your family if you request such from him.

He Reassures You of His Love

See, relationships are not always smooth and plain-sailing, there will always be ups and downs. If a man constantly reassures you of his love in difficult times, he sees the future with you.

We all need reassurances, one of the biggest signs a Nigerian man wants to marry you is him always reminding you how he loves you.

He Apologizes and Wants to Settle Differences

When your man picks up on trivial issues and gets angry at all times without trying to apologize or settle differences, he is surely wasting your time.

A man who loves you and wants to be with you will always want to settle differences and see both of you happy, it’s just simple as that.

Getting married is a big decision and requires commitment from both the man and the woman. Nothing is always cast in stone and the points listed here are strong signs a Nigerian man wants to marry you.