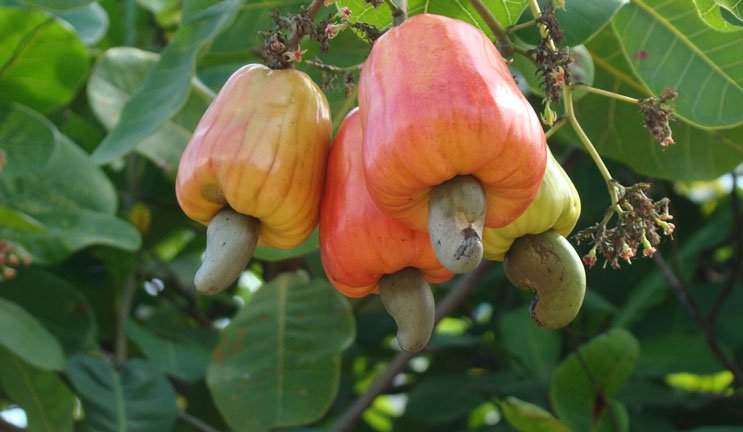 Cashew farming in Nigeria offers numerous opportunities in the value chain for any individual willing to invest; let’s learn more!

Cashew (Anacardium occidentale) is a tree crop, a small to medium tree, generally single-trunked and spreading in habit, up to 10-12m in height. In older trees, the spread may be greater than height, with lower limbs bending to touch the ground. Leaves are thick, prominently veined, oval to spatulate in shape, with blunt tips and entire margins.

Most cashew trees start bearing fruit in the third or fourth year, and are likely to reach their mature yield by the seventh year if conditions are favourable. The average yield of nuts of a mature tree is in the range of 7-11 kg per annum. Although the cashew tree is capable of living for 50-60 years, most trees produce nuts for about 15-20 years. In this post, we will tell you all about cashew farming in Nigeria.

What’s the Importance of Cashew Farming?

The cashew tree has been cultivated for food and medicine for 400 year. The various parts of the cashew fruits are of economic value. These include the apple, nut, and kernel.

This is an edible food, rich in vitamin C. It can be dried, canned as a preserve, or eaten fresh from the tree. It can also be squeezed for fresh juice, which can then be fermented into cashew wine, which is a very popular drink in West Africa. In Brazil, the cashew apple is used to manufacture jams, and soft, and alcoholic drinks.

Cashew wine is made in many countries throughout Asia and Latin America. It is a light yellow alcoholic drink, with an alcohol content of 6–12 percent.

The primary product of cashew nuts is the kernel, which is the edible portion of the nut and is consumed in three ways:

This is a vicious and dark liquid, which is extremely caustic. It is an important and versatile industrial raw material. There are more than 200 patents for its industrial application, in particular, its use as raw material for phenolic resins and friction powder for the automotive industry (brake linings and clutch disks).

CNSL is also used in mouldings, acid-resistant paints, foundry resins, varnishes, enamels and black lacquers for decorating vases, and as insecticides and fungicides.

In tropical medicine, CNSL has been used in treating leprosy, elephantiasis, psoriasis, ringworm, warts and corns. Like cashew nuts, CNSL also has an excellent international market and its imports have reached almost US$10 million annually, corresponding to the sale of the raw liquid.  However, the exporting country would earn much more foreign currency if manufactured products were exported.

Cashew farming in Nigeria offers numerous opportunities in the value chain for any individual willing to invest. Millions of Nigerians make fortunes from cashew farming yearly due to the high demand for its products. Cashew is mainly grown in Nigeria because of the export value of its nuts. According to the Food and Agriculture Organization (FAO), Nigeria is the 6th largest exporter of Cashew nut in the world.

Cashew is native to Brazil but introduced to other parts of the world starting from the 16th century with the main intention of afforestation and soil conservation. It has become a major source of foreign exchange in most of these countries.

The Cashew-Producing States in Nigeria

Cashew grows almost everywhere in Nigeria but is concentrated primarily in the southern and middle belt regions by small landholding farmers. This is very important about cashew farming in Nigeria. Major cashew-growing states in Nigeria are Enugu, Abia, Imo, Anambra, Ebonyi, and Cross River States in the Eastern part of Nigeria; Oyo, Osun, Ondo, Ekiti, and Ogun States in the western part. Others are Kwara, Kogi, Nasarawa, Benue, Taraba, Niger and Abuja in the middle belt, and also Sokoto and Kebbi state in the Northwest part of the country.

What is Cashew Season in Nigeria?

Cashew is a typical tropical plant and fruit-sensitive tree crop that starts fruiting from February and lasts till near rainy season in Nigeria. Its fruits are freshly harvested within this period for processing and consumption. Also, the nuts, when fresh, are normally sold raw or processed to some degree before being sold or exported.

The Cocoa Research Institute of Nigeria (CRIN) has produced hybrid cashew nuts, which mature and produce fruits within 3 years; an example is the Jumbo hybrid. The seedling of cashew plant for one is 350 naira. Improved seedlings are Jumbo, Medium, and small.

To begin cashew farming in Nigeria you need to acquire a land as it is not advisable to lease one since cashew farming is a long-term investment. So, consider buying the land in the village and securing it by getting the necessary papers.

The best soil to use is sandy soil with laterite. Clear grasses and cut down shrubs and trees. Use machines to plough and levelled the land. Test the soil for nutrient level, then add manure to the soil if the nutrient level is low. Cashew farming can be done both in wet and dry tropics.

Planting cashew from seed is as stressful as that of coffee and oil palm. It is advisable you buy already sprouted seedlings from an established nursery with good species. Or propagated plants the seedlings take 3 years to produce while the direct ones (seed planting) take 5 years to produce.

Cashew plants that are raised directly from seeds are tasteless and fruitless. For commercial purposes, go for the grafted ones.

If you want to plant by yourself, use containers or plant directly into a prepared bed. Insert 2-3 seeds into a hole of 2-3 cm depth.

Irrigate the nursery every day after 4-7 days the seeds will sprout. Like in coffee farming use fresh seed. The viability last from the first day to 4 months after which reduction sets in. Dry the seeds under the sun for 3 days. Then, soak them in water overnight before planting them the next day. The general spacing is 7m x 9m; however, you can still use these planting distances:

Inter-crop with cassava, plantain, pineapple at an early stage before the cashew tree grows and cover the farm if you can.

Apply nitrogen, phosphorus and zinc fertilizers. Cashew crops need nutrients at every point in their development to grow faster and to produce good fruits such as fruiting and flowering stage. Apply farmyard manure 15kg once in a year to a mature cashew tree.

Irrigate your cashew farm during dry season or when draught sets in. To produce more fruits, water them adequately and regularly, during raining season there is no need for watering the plant but irrigate them once in a week or twice during dry season. In cashew farming, 250C-300 C temperature is ideal for optimum growth. 6 hours of direct sunlight is needed every day. If you make the mistake of growing them under shade, they will not fruit.

Cashew plants are pruned, cut off from entangled branches, and removed from overcrowded area to give room to clean straight branches. Use compost manure in mulching the entire farm to reduce weeds growth and to conserve moisture.

Pest and diseases also affect the production level of the established plantation.

The following insects have been identified to affect cashew:

These insect species have been implicated with economic losses estimate between 52 and 75% of the production level.

Similarly, cashew production is seriously affected by three major diseases. These include

The loss due to root rot of cashew seedlings was estimated at 10-15% in the nursery.

When the fruit falls, it therefore means they are matured. Pick the nuts within 2 to 3 days of falling to avoid quality reduction.

Use sharp knife to detach the apple from the nut ineffective detaching of the nuts would affect the quality. Dry them on a clean surface and keep turning them frequently to ensure uniform drying.

Don’t dry them indoors because they would be a delay in drying which can lead to decay.  Do not also dry them on a metallic surface because of rust. When the nuts are well dried they would produce rattling sound when turned.

The drying may take few days such as 2-3 but always carry them inside during dusk to avoid moisture entering the nut.

How to Store Cashew Nuts

Cashew nuts can be stored in jute bags and not in containers, sacks, plastics or their likes, stitch the jute bag to avoid spoilage.

Place the bags on wooden pallets in a dry place with good ventilation. Don’t place them on the floor to avoid moisture absorption that may spoil them.

Leave a space of 0.5m between each bag for air to circulate properly, sell the nuts within the same year of harvest to avoid nuts deterioration.

Locate companies that buy them for export, they are mostly based in Lagos. Indians have a good representative of cashew companies in Nigeria. You can also sell directly to foreign buyers.

To do this, go to online portals like Alibaba, type in cashew nut buyers, and you would be presented with a list of buyers. Open a conversation with any of them that fancy your interest and get a deal. If you don’t want to go through all of this, then you can advertise it online for distributors and suppliers to come and buy from you.

But processing it is where the big money is. The raw cashew nuts sells far less than the processed kernel.

There are constraints on cashew farming in Nigeria like any business.

Wrapping up this article on cashew farming in Nigeria, cashew is produced in around 32 countries of the world. The world production figure of cashew crop is around 2.7 million tons per annum. 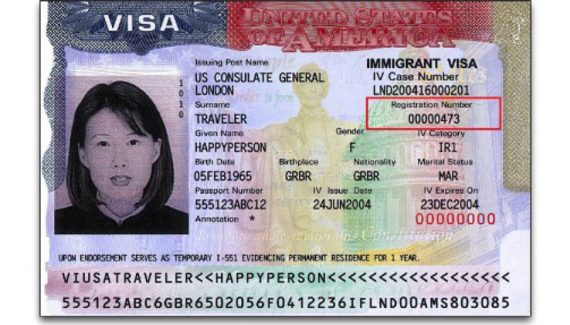 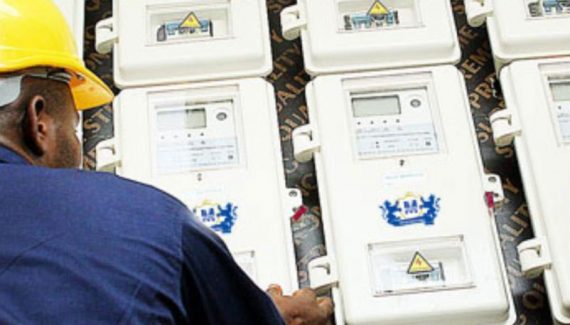